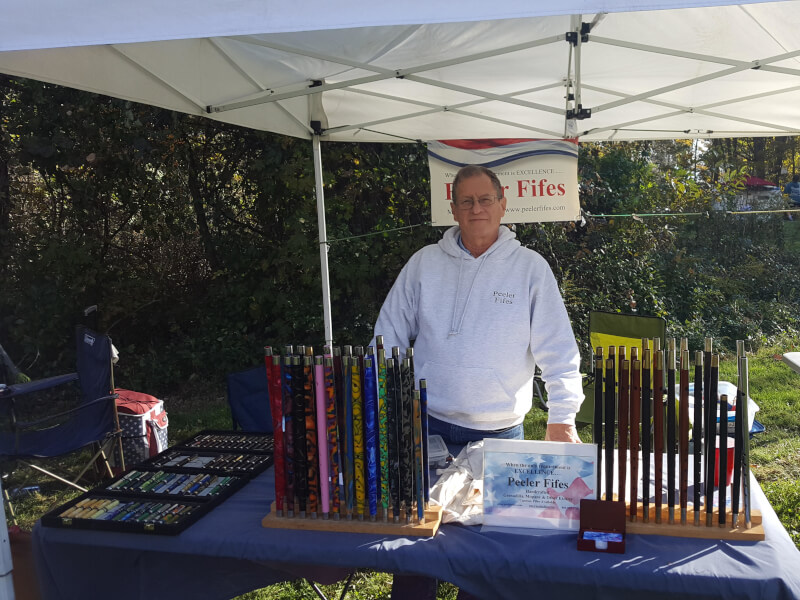 Getting to know Ron Peeler

A man of many talents

Born and raised in Connecticut, Ron graduated from Newtown High School in 1970. After graduation, he attended Western Connecticut State College in Danbury CT and graduated in 1975 with BA degree in the Earth Sciences. While attending Western, he met his wife Winnie. They have been married since 1975. Ron and his wife moved to Middletown, Connecticut in 1978 where he’s been employed by a leading manufacturer of Precision Optical components.

One of Ron’s more notable accomplishments in the field of optics has been his involvement in the process development with Lawrence Livermore National Laboratory for the Edge Cladded Laserdiscs. These Laser amplifier discs are being utilized in Laser Fusion research at LLNL. Another of Ron’s accomplishments was as that of project manager to produce precision retroreflectors for a satellite called TOPEX. This satellite which is used to map the ocean surface topography relies on these precision prisms to calibrate the satellite’s position above the earth. Ron received a “Certificate of Appreciation” from NASA and JPL for these retroreflectors.

In 1980 Ron and his wife moved to the Moodus section of East Haddam, Connecticut, where Ron developed a passion for woodworking and gardening. On Memorial day 1999 after marching with his Little League team in East Haddam’s annual parade, his wife struck up a conversation with a member of the Moodus Drum and Fife Corps that she had known.

Upon learning that the corps gave lessons in both drum and fife, Ron’s two children joined the Corps. After several months of taking his children to practices and seeing the camaraderie of the Moodus Corps, Ron decided that he also would like to belong to this fine organization. Having never played a musical instrument before, and always wanting to do so, Ron decided to learn the fife. He chose the fife because as he put it “when fifes play solo, people know what they’re playing” (Sorry Drummers)

In addition to his woodworking, some of Ron’s other interests are wooden model ship building, making black powder rifles, making and bottling wine, as well as sitting down with a good book.

Get in touch with us

Get in touch with us

We believe that it is very important that we communicate with the fife and drum community that we serve to provide the best service possible.