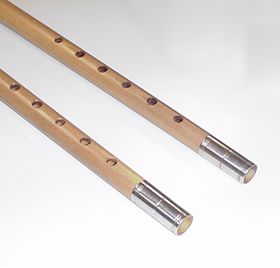 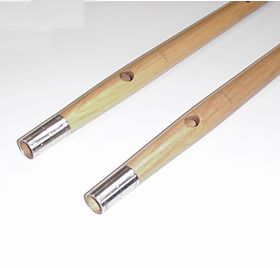 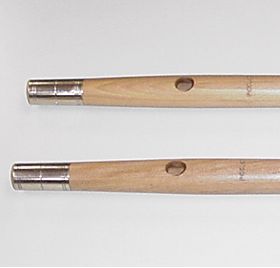 Other names for this wood are Maraciabo boxwood, Agracejo, Palo Blanco, Cuchillo, Limoncillo, Manzano, Sapatero, and Zapatero. These are names used in the local areas where the wood in located, West Indies, Columbia and Venezuela. Grain straight and uniform, fine texture, carves and turns easily, cream or pale yellow in color. White to lemon colored hardwood with straight grain and fine uniform texture. A great substitute for English boxwood

The boxwood used by 18th century makers was either English, European, or the closely-related Turkish boxwood, prized for its hardness, tonal quality, and resistance to water. This wood is only occasionally used today, not just because of its rarity and high cost but also because it often has knot holes and tends to warp very easily as it ages. Most instruments from European makers labeled as boxwood are in fact made from a South American wood known variously as Maracaibo, Zapatero, or Venezuelan boxwood, which is plentiful, easy to work, highly stable, but softer in tonal properties than true European boxwood. South American boxwood is intermediate in cost and tonal quality between the softer European domestic fruitwoods and maple on one hand and the denser exotic tropical hardwoods on the other; it has a clear, cool, neutral sound equally suited to solo or ensemble playing.